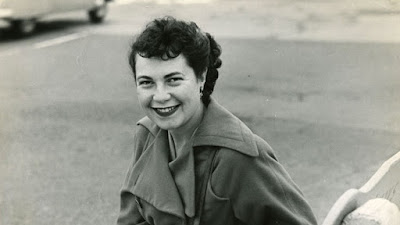 The daughter of Jewish immigrants from Riga, Latvia, Ida Wyman was born March 7, 1926, in Malden, Massachusetts. She soon moved to New York, where her parents ran a small grocery store in the Bronx.

Always curious about people and how things work, she obtained her first camera at age fourteen and joined the Walton High School Camera Club. There she met Life magazine photographer Bernard Hoffman, who encouraged her to pursue a career in photography. She credits Hoffman for helping her become a nationally published photographer in a time when few women did this work.

She became ACME Newspictures first "girl mailroom boy." She soon was promoted to the position of printer and joined the all-male printing staff. She soon decided not to pursue work as a news photographer and instead pursued picture magazine photography. She would assign herself photographic narratives and soon sold her first story to Look magazine. When men returned from military service in 1945, Wyman lost her ACME job and started her career as a professional photographer.

In 1946, Wyman married Simon Nathan, an ACME photographer. Through the suggestion of Nathan's friend, Photo Magazine photographer Morris Engel, Wyman joined the Photo League, an influential cooperative of New York photographers who believed, in Wyman’s words, “photos could be used to effect change.”

"I considered myself a documentary photographer, and the league's philosophy of honest photography appealed to me," Wyman wrote.

Melanie Herzog, author of "Ida Wyman: Chords of Memory," stated in 2014 that Wyman’s photography is "eloquently composed and visually compelling.” She writes: “While people within their social environment are most often the focus of Wyman's photographs, she attended as well to details — architectural embellishments, commercial signs, utilitarian objects — that balance a composition, provide visual interest, and ground these images in their time and place."

In 1948, Wyman travelled across the United States and Mexico by bus. She planned the trip around assignments and places she wanted to visit. Traveling alone, she went from New York City to Mexico City, stopping at places because she liked the name and was curious to explore them.

She was selling work to Business Week, Fortune, Colliers, the Saturday Evening Post, and others but wanted work for Life. Under the advice of Life editor Ruth Lester, 23-year-old Ida traveled alone to Los Angeles, where fewer photographers were competing for assignments.

In Los Angeles, she became known as "the girl photographer who worked for Life magazine." She photographed a range of subjects from tea parties to rummage sales along with movies stars such as James Cagney, Elizabeth Taylor, Montgomery Clift, Ronald Reagan, and Bonzo the chimpanzee. In 1950, she covered the famous Senate race between Helen Gahagan Douglas and Richard Nixon. From 1947 through 1951, Wyman completed nearly 100 assignments for Life.

With the absence of affordable healthcare and the birth of her first child, her career was put on hold while her husband's continued. After a decade of homemaking —- "I was a good mother...but I also was a good photographer" —- she worked as a photographer of scientific research projects at Haskins Laboratories in New York and later as chief photographer for the Department of Pathology at Columbia until 1983. She continued to work as a freelance photographer until the 1990s, when the years of carrying heavy equipment took its toll on her back, and she turned to stock photography.

In 2006, Wyman moved to Madison to be near family. In 2008, the Madison Museum of Contemporary Art ran an exhibition "Individual Experience: The Photographs of Ida Wyman." This September, the Crossman Gallery at University of Wisconsin - Whitewater will present a collection of her work.

"Details of the daily life of children and adults, at work, at play, have always gripped me,” she wrote. “My lively curiosity to see and know was a strong motivator in my shooting a well as for assignments. The camera has been the door through which I entered the lives of people I met. Despite the technical wonders of photography, I believe that a single camera, coupled to heart and mind, can still reveal the beauty of our fellow humans on their daily rounds."

Wyman's work is in the Museum of Modern Art, the New York Public Library Photography Collection and the Madison Museum of Contemporary Art. The Monroe Gallery of Photography in Santa Fe, New Mexico, represents Ms. Wyman.

She is survived by brother Ira (Judy) Wyman of Livingston, MT; son David (Patricia) Nathan of Birmingham, AL; daughter Nancy Nathan of Madison, WI; granddaughter Heather (Potter) Garrison and great-grandchildren Noah and Caleb Garrison of Fitchburg, WI; as well as additional family and friends lucky to know her independent, honest, inquisitive, and creative spirit. Ida is preceded in death by her parents, Rebecca and Joseph Wyman, and brother Morris Wyman.

A graveside service was held on Tuesday, July 16th am with Rabbi Betsy Forester. In lieu of flowers memorial contributions may be sent to Beth Israel Center, 1406 Mound Street, Madison, WI 53711. 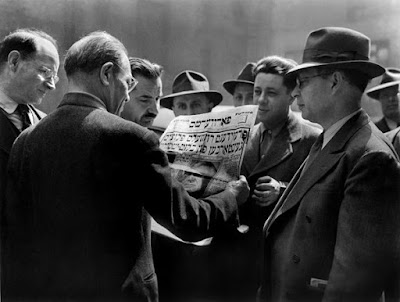 Posted by Monroe Gallery of Photography at 4:13 PM