From the Vault of Art Shay: Witness To The 1968 Democratic Convention 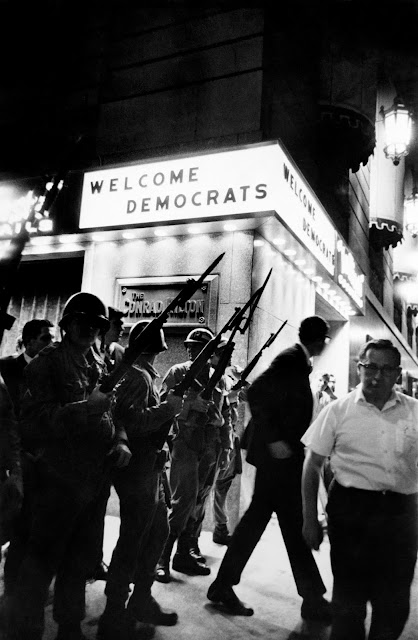 
"Time magazine opened and closed their eight-page story with big pictures of mine, but somehow overlooked my favorite. "Welcome Democrats," according to David Mamet—who covered the Convention as his first assignment—was the one picture that summed up the war between the army, police, Hippies and confused delegates. He bought a vintage 16"x20" print from me to hang over his writing desk. "It reminds me of where I came from, every morning. The quintessential portrait of Chicago in extremis."  (©Art Shay)


Art Shay, 1922- 2018, has taken photos of kings, queens, celebrities and the common man in a 60-year career. In 2012, Art reflected on the last time tensions between police and protesters exploded, as Chicago prepared for the NATO summit.)

"I don't have to pull down the well-researched committee indictment against the rioting police. I'm in the report, but all I have to do is look down at the three center fingers on my right hand, clubbed into insensitive, bent digits by the baton of a cop whose number I was copying down in the battle zone park across from the Hilton. He was wielding his baton mercilessly at a young, elusive college woman, aiming to draw blood from her suburban head protected only by an already red-dyed high school babushka. I was merely a target of opportunity for daring to point my Leica at this uniformed asshole as he swung, grunted and danced with the unbalanced effort of malfeasance.

The first Hippie I met was none other than Abbie Hoffman at the then-Y on Wabash near the Hilton. I pointed my camera at his wounded face, still puffy from six hours in police custody. "They grabbed me because of this." He pointed to his forehead on which the large word "FUCK" had been self-mercurochromed.

Interrogated while being alternately beaten by three bullyaks, Abbie said he at first denied planning to poison the lake. "Then these guys got so preposterous I confessed to wanting merely to piss in the lake and poison everyone in Chicago." That's when they started punctuating their blows with grunts of "fag," "Hippie Commie," and worse.

He wouldn't let me shoot his picture for Time Magazine, "because no matter what you say, they'll take the police point of view... Republicans."

He did let me buy him the eggplant special for supper, a pre-Avatar sick shade of blue-green" 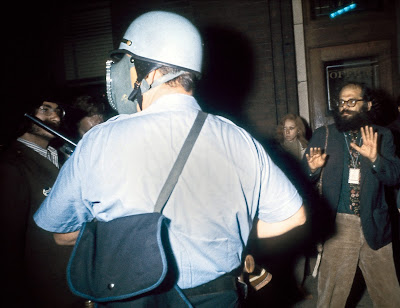 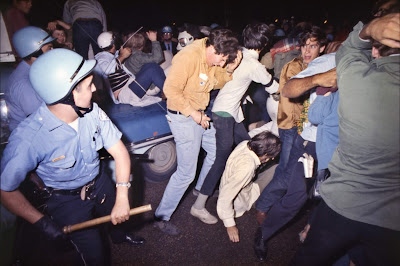 All photographs are copyright Art Shay and are available for purchase from Monroe Gallery of Photography.


Posted by Monroe Gallery of Photography at 1:59 PM No comments:

Tony Vaccaro - A Life For Moments 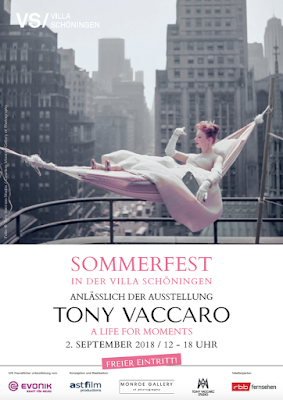 "Tony Vaccaro - A Life For Moments" is now on exhibit in Potsdam, Germany:

Posted by Monroe Gallery of Photography at 10:27 AM No comments: