Day to Night: In the Field With Stephen Wilkes at the National Geographic Museum

Photographer Stephen Wilkes is recognized around the world for his stunning image compositions of landscapes as they transition from day to night. Each of these dramatic images is meticulously crafted from more than 1,500 photographs taken from a fixed vantage point over the course of 15 to 30 hours, from sunrise to sunset. Stephen spent much of 2017 on assignment documenting bird migration routes for National Geographic magazine. This exhibition takes you into the field and behind the scenes, shining a light on the talent and dedication it takes to beautifully capture the passing of time. On exhibit February 13 - April 22, 2018.  More information here.

Day to Night: An Evening With Stephen Wilkes  Tuesday, February 13, 2018

Stephen Wilkes' Day To Night collection will be on exhibit at Monroe Gallery of Photography Oct. 5 - Nov. 18, 2018.

Posted by Monroe Gallery of Photography at 2:17 PM No comments:

The Marines and Tet: The Battle That Changed the Vietnam War

On January 25 photojournalist John Olsen will speak as panelist at an evening program as part of the Newseum’s newest exhibit opening, Marines And Tet. More information may be found here. 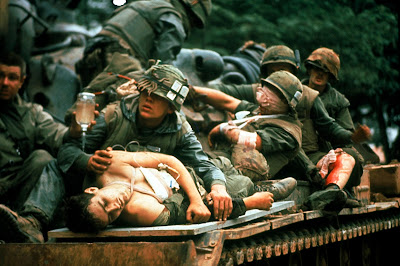 John Olsen's photograph "U.S.  Marines at the Battle of Huê" is featured in Monroe Gallery of Photography's forthcoming exhibition "1968: It was 50 years ago today", opening February 2 and continuing through April 15, 2018.

Posted by Monroe Gallery of Photography at 3:45 PM No comments: 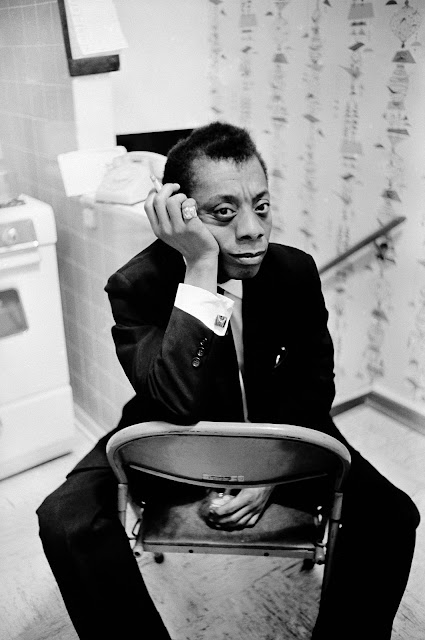 
(Santa Fe, New Mexico) — New Mexico PBS and Santa Fe Art Institute are excited to present an Indie Lens Pop-Up screening of Raoul Peck’s I Am Not Your Negro, one of the most acclaimed films of the year and a 2017 Academy Award nominee for Best Documentary.


In 1979, James Baldwin wrote a letter to his literary agent describing his next project, to be called Remember This House. The book was to be a revolutionary, personal account of the lives and successive assassinations of three of his close friends — Medgar Evers, Malcolm X and Martin Luther King, Jr. But at the time of Baldwin’s death in 1987, he left behind only 30 completed pages of his manuscript.

Now, in this incendiary documentary, which premieres on New Mexico PBS Monday, January 15, 2018, 8:00 - 9:30 PM, filmmaker Peck envisions the book James Baldwin never finished. The result is a radical, up-to-the-minute examination of race in America, using Baldwin’s original words, spoken by Samuel L. Jackson, and a flood of rich archival material. I Am Not Your Negro is a journey into black history that connects the past of the Civil Rights movement to the present of #BlackLivesMatter. It is a film that questions black representation in Hollywood and beyond. And, ultimately, by confronting the deeper connections between the lives and assassination of these three leaders, Baldwin and Peck have produced a work that challenges the very definition of what America stands for.

"The Long Road: From Selma To Ferguson" an exhibition of photographs documenting the Civil Rights movement in America from the 1950's to the present day, curated by The Monroe Gallery of Photography, will be on view January 8 through January 19 at the Santa Fe Art Institute.

The exhibition comes at a time of heightened awareness, from political and social tensions in the aftermath of President Trump’s election, threats of “investigation for voter fraud“, the just concluded special election in Alabama, and conflicts across the racial divide in Charlottesville and other American Cities.

In 1963, photographers captured dramatic images of dogs and fire hoses turned on protesters that transformed national public opinion towards support of civil rights. At the time, there was a feeling in the movement that it took journalists, and especially photojournalists, covering the struggles to tell their story as history and visual evidence and shock the world.

Recently, documentary evidence has been denied or disputed by those in power, and coupled with the new administrations attacks on the press, the exhibit is a reminder that photojournalism is a vital and necessary component of a free society.

The exhibition features iconic photographs from the historic 1965 march from Selma to Montgomery, Alabama to demand free-and-clear voting rights for African Americans. Other powerful photographs capture the heroes of the Civil Rights movement--Dr. Martin Luther King Jr., Rosa Parks, James Baldwin, and John Lewis--but also the countless grass-roots organizers and anonymous marchers who risked everything to trudge a long, dusty, and violent path to equality. Also included in the exhibition are images from more recent keystones of the modern civil rights movement, including the Eric Garner killing in New York, modern KKK protests, and the unrest following the death of Michael Brown in Ferguson, Missouri.

WHAT: FREE preview screening of I Am Not Your Negro followed by a community discussion.
"The Long Road: From Selma To Ferguson" An exhibition from The Monroe Gallery of Photography, will be on view January 8 through January 19


Posted by Monroe Gallery of Photography at 8:20 AM No comments:

Ready or not, here we go again. The lists begin earlier every year: everyone's photography "Best of" lists. As 2017 is history, below is what has become an annual tradition: our compilation of what the web selected as the "best" of all things photography 2017; photobooks at bottom of list.


In Memoriam: Remembering the Photographers We Lost in 2017

Why not start with the big one? "What Was the Most Influential Photograph in History?"

The Guardian: The Best photographs of 2017 – by the people who shot them
(featuring Gallery Photographer Ryan Vizzons slide #15)

The Guardian: Favourite Australian photographs from 2017 – in pictures

Evening Standard: Pictures of the year 2017: Moments of surprise, joy, fear and sadness captured by the world's best photographers

New York Times: How We Looked at the Arts This Year: Our Favorite Photographs

UPROXX: Looking At Getty’s ‘Images Of Strength’ From 2017 Will Give You Hope For The Future

Telegraph: Animal Photographs of the Year 2017

Telegraph photographers' pictures of the year 2017

Quartz: The defining photos of 2017 were of protest

News.com.au: The best feel-good and funny moments of 2017

Boston Herald photographs that said it all in 2017

BBC News: The year seen through the eyes of Getty photographers

MyModenMet: Top 40 Photographs From Around The World

Rolling Stone: The Best Photos of 2017

Co.Design: The Best Photo Essays Of 2017

The Guardian: Photographer of the year 2017: Zohra Bensemra

The New York Times: The Year in Pictures 2017

Artsy: The Most Powerful Moments of Photojournalism in 2017

The Atlantic: The Most 2017 Photos Ever

TIME: Wire Photographer of the Year

The New York Times: The Year From Above

Indianapolis Star: A year of photos capture America in one tiny Indianapolis neighborhood

International Business Times: 2017 in pictures: The 100 best news photos of the year

International Business Times: Twelve of 2017's most powerful images and the moving stories behind them

The Best New Yorker Photography of 2017

The Telegraph: Assignments 2017: the Best of British photojournalism

Bloomberg: The Political Year in Photos

Business Insider: These are the most incredible photos of the US Army in 2017

Dallas Morning News: From Houston's floodwaters to Dallas' urban sprawl, a look back at 2017

The Guardian: Photographer of the year: we shortlist the best of 2017

The Guardian: The top 10 photography exhibitions of 2017

Reuters: Pictures of the Year 2017

News18.com: 19 Powerful Images of 2017 and Touching Stories Behind Them

The Guardian: The walls have eyes: the best urban photography

AOL: Relive the best moments from the year in sports through photos

The Atlantic: Hopeful Images From 2017

Chron.com: The most powerful news images from 2017 from Getty Images

Chron.com: The best sports photos from 2017

Business Insider: These are 15 of the best photos scientists took in 2017 — and they show the world in stunning ways

Business Insider: The most stunning photos of US Marines in 2017

Business Insider: These are 15 of the best photos scientists took in 2017

University of Virginia: A Year in Photos

Business Insider: 34 of the weirdest photos taken in 2017

The Guardian: Ruined temples and forgotten places: historic photographer of the year – in pictures

Reuters: Pictures of The Year 2017

Fox News: Pictures of the Year

Insider: The most beautiful pictures of 2017

Daily Mail: The original supermodels defy the years with their stunning looks to lead the way in AFP’s photographs of the year

Vulture: The Best Photography Books of 2017

The Scotsman: Best Photography Books of 2017

Photo-eye:  photo-eye asked 28 photobook lovers from across the world to share their favorite books of the year.

Artsy: The 11 Best Photo Books You May Have Missed This Year

hafny.org: A Number of Really Good Photobooks Published in 2017

The New York Times:  A Spotlight on the Season’s Top Photography Books

PhotoBookstoreMagazine: Photobooks of 2017: Brad Feuerhelm
Posted by Monroe Gallery of Photography at 4:45 AM No comments: