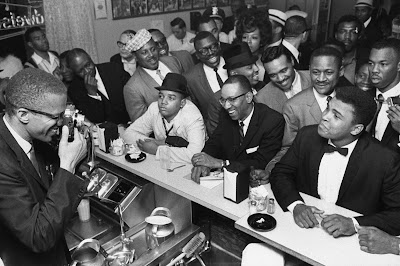 The triumphs and tragedies of the 1960s provided photographer Bob Gomel and his LIFE magazine colleague’s extraordinary opportunities to advance American photojournalism. "LIFE was the world's best forum for photojournalists. We were encouraged to push creative and technical boundaries. There was no better place to work in that extraordinary decade." The exhibition includes images of presidents John F. Kennedy, Richard Nixon, The Beatles, Marilyn Monroe, Malcolm X, and sports figures such as boxer Muhammad Ali, baseball legend Sandy Koufax, and golfer Arnold Palmer. Several unpublished images - including one of 90 heads of state gathered around the catafalque at the Kennedy funeral and another of John F. Kennedy emerging from America's first space capsule at the Johnson Space Center in Houston - are in the exhibition.

Also featured is Gomel's perhaps most known photograph: of then 8 - year old John F. Kennedy Jr. standing solemnly at the funeral ofhis uncle, Robert Kennedy, in front of St. Patrick’s Cathedral in New York. This photograph appeared in a two-page spread in the June 1968 “Special Kennedy Issue” of LIFE magazine.


Bob Gomel was born (1933) and raised in New York City. After serving four years in the U.S. Navy, he was promptly offered a job at the Associated Press. But by then, he had changed his mind about what he wanted to do. “I just felt one picture wasn’t sufficient to tell a story,” he explains. “I was interested in exploring something in depth. And, of course, the mecca was Life magazine.”He turned down the offer from AP, and began working for LIFE in 1959, producing many memorable images. When LIFE ceased being a weekly in the early 1970s, he began making photographs for other major magazines. Also in the 1970s, he branched out into advertising photography. Among other accounts, he helped introduce Merrill Lynch’s Bullish on America campaign.


Bob says, “Each time I raised a camera to my eye I wondered how to make a viewer say, “wow.” What followed were the use of double exposures to tell a more complete story; placing remote cameras where no human being could be; adapting equipment to reveal what could not ordinarily be captured on film. My goal with people was to penetrate the veneer, to reveal the true personality or character. The ideal was sometimes mitigated by circumstances, a lack of time or access. But more often than not what the mind conceived could be translated into successful photographic images. Life Magazine in the 60s sold 8,000,000 copies a week. It was a great honor to be a part of that information highway.”
Posted by Monroe Gallery of Photography at 10:01 AM No comments:

Two years on: a photographic tribute to Standing Rock 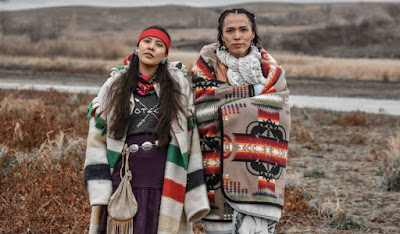 Two years on: a photographic tribute to Standing Rock
‘The fight isn’t over’

Photographer Ryan Vizzions looks back on one of the largest protest movements in American history: what’s changed since, and what he hopes will come next. (click for full article)

Photographs from Ryan Vizzions: No Spiritual Surrender: A Dedication to Standing Rock will be view at Monroe Gallery during The Photography Show presented by AIPAD (April 4–7). He will be signing books on Friday, April 5 at AIPAD. A second signing will be held April 12 at Monroe Gallery in Santa Fe.

Posted by Monroe Gallery of Photography at 4:59 AM No comments: