Labor Day "constitutes a yearly national tribute to the contributions workers have made to the strength, prosperity, and well-being of our country."


"Labor Day, the first Monday in September, is a creation of the labor movement and is dedicated to the social and economic achievements of American workers. It constitutes a yearly national tribute to the contributions workers have made to the strength, prosperity, and well-being of our country."

Posted by Monroe Gallery of Photography at 11:46 AM No comments:

Zozobra (Old Man Gloom) is a giant marionette effigy that is built and burned every by the Kiwanis Club of Santa Fe to kick off Fiestas de Santa Fe in Santa Fe, New Mexico. As his name suggests, he embodies gloom; by burning him, people destroy the worries and troubles of the previous year in the flames. Anyone with an excess of gloom is encouraged to write down the nature of his or her gloom on a slip of paper and it will be stuffed into Zozobra and burned.

More information here. A link to the Internet live stream will be posteed here.

(The Gallery will close at 2 PM on Friday, August 29 and resume regular hours Saturday and Sunday, 10 - 5.)
Posted by Monroe Gallery of Photography at 1:49 PM No comments: 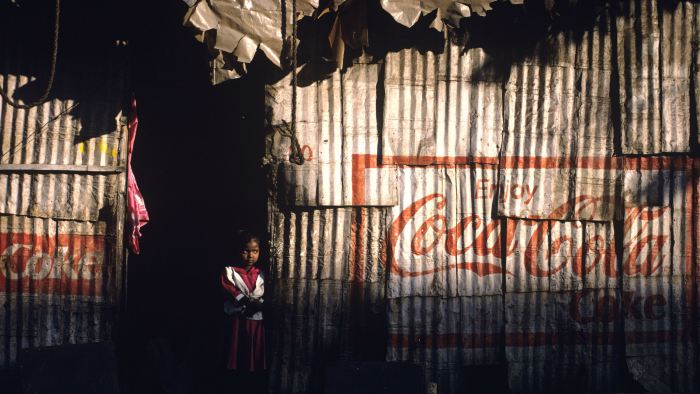 A young girl takes to an abandoned building for the shade in January of 1999, Mumbai, India


Santa Fe--Monroe Gallery of Photography, 112 Don Gaspar, is pleased to announce a major exhibition by internationally acclaimed American photographer and long-time photojournalist, Joe McNally. The exhibition will open with a public reception for Joe McNally on Friday, October 3, 5 - 7 PM. The exhibition will continue through November 23. (The exhibit is now featured on www.monroegallery.com; also to be announced is a Google Hangout in September.)

The exhibit features more than 45 photographs from Joe McNally’s remarkable career that has spanned more than 30 years and included assignments in 60 countries. Joe was the last staff photographer in the history of LIFE magazine, sharing a legacy with his heroes and mentors—Carl Mydans, Alfred Eisenstaedt, Gordon Parks, John Loengard—who forever influenced and shaped his work. McNally won the first Alfred Eisenstaedt Award for Journalistic Impact for a LIFE coverage titled, “The Panorama of War.” He has been honored numerous times by Communication Arts, PDN, Graphis, American Photo, POY, and The World Press Photo Foundation. His prints are in numerous collections, most significantly the National Portrait Gallery of the United States and National September 11 Memorial & Museum.
McNally is often described as a generalist because of his ability to execute a wide range of assignment work, and was listed at one point by American Photo as one of the “100 Most Important People in Photography” and described by the magazine as “perhaps the most versatile photojournalist working today.” His expansive career has included being an ongoing contributor to the National Geographic - shooting numerous cover stories and highly complex, technical features for the past 25 years; a contract photographer for Sports Illustrated; as well as shooting cover stories for TIME, Newsweek, Fortune, New York, and The New York Times Sunday Magazine.


McNally’s most well-known series is "Faces of Ground Zero - Portraits of the Heros of September 11th", a collection of 246 Giant Polaroid portraits shot in the Moby c Studio near Ground Zero in a three-week period shortly after 9/11. A large group of these historic, compelling, life-size (9’ x 4’) photos were exhibited in seven cities in 2002, and seen by almost a million people. Sales of the exhibit book helped raise over $2 million for the 9/11-relief effort. This collection is considered by many museum and art professionals to be one of the most significant artistic endeavors to evolve from the 9/11 tragedy, and examples are included in the exhibit. Some of McNally’s other renowned photographic series include: “The Future of Flying,” cover & 32-page story, National Geographic Magazine, December 2003. The story, on the future of aviation and the first all digital shoot in the history of that venerable magazine, commemorated the centennial observance of the Wright Brothers' flight. This issue was a National Magazine Award Finalist and his coverage was deemed so noteworthy it has been incorporated into the archives of the Library of Congress.


He regularly writes a popular, irreverent blog  about the travails, tribulations, oddities and very occasional high moments of being a photographer, and has also authored several noteworthy books on photography, two of which, The Moment It Clicks and The Hot Shoe Diaries, cracked Amazon’s Top Ten list of best sellers. While his work notably springs from the time-honored traditions of magazine journalism, McNally has also adapted to the internet driven media world, and was recently named as one of the “Top 5 Most Socially Influential Photographers” by Eye-Fi. His work and his blog are regularly cited in social media surveys as sources of inspiration and industry leadership. He is also among the rare breed of photographer who has bridged the world between photojournalism and advertising, amassing an impressive commercial and advertising client list including FedEx, Nikon, Epson, Sony, Land’s End, General Electric, MetLife, USAA, Adidas, ESPN, the Beijing Cultural Commission, and American Ballet Theater.
A sought-after workshop instructor and lecturer, he has taught at the Santa Fe Photographic Workshop, the Eddie Adams Workshop, the National Geographic Society, Smithsonian Institution, the Annenberg Space for Photography, Rochester Institute of Technology, the Disney Institute, and the U.S. Department of Defense. He received his bachelor’s and graduate degrees from Syracuse University’s S.I. Newhouse School of Public Communications, and returns there to lecture on a regular basis. Recently, he was named as a Nikon USA Ambassador, an honor which has a special reverence for him, as he bought his first Nikon camera in 1973, and for forty years, from the deserts of Africa to the snows of Siberia, he has seen the world through those cameras.


Monroe Gallery of Photography was founded by Sidney S. Monroe and Michelle A. Monroe. Building on more than four decades of collective experience, the gallery specializes in 20th and 21st Century Photojournalism. The gallery also represents a select group of contemporary and emerging photographers. 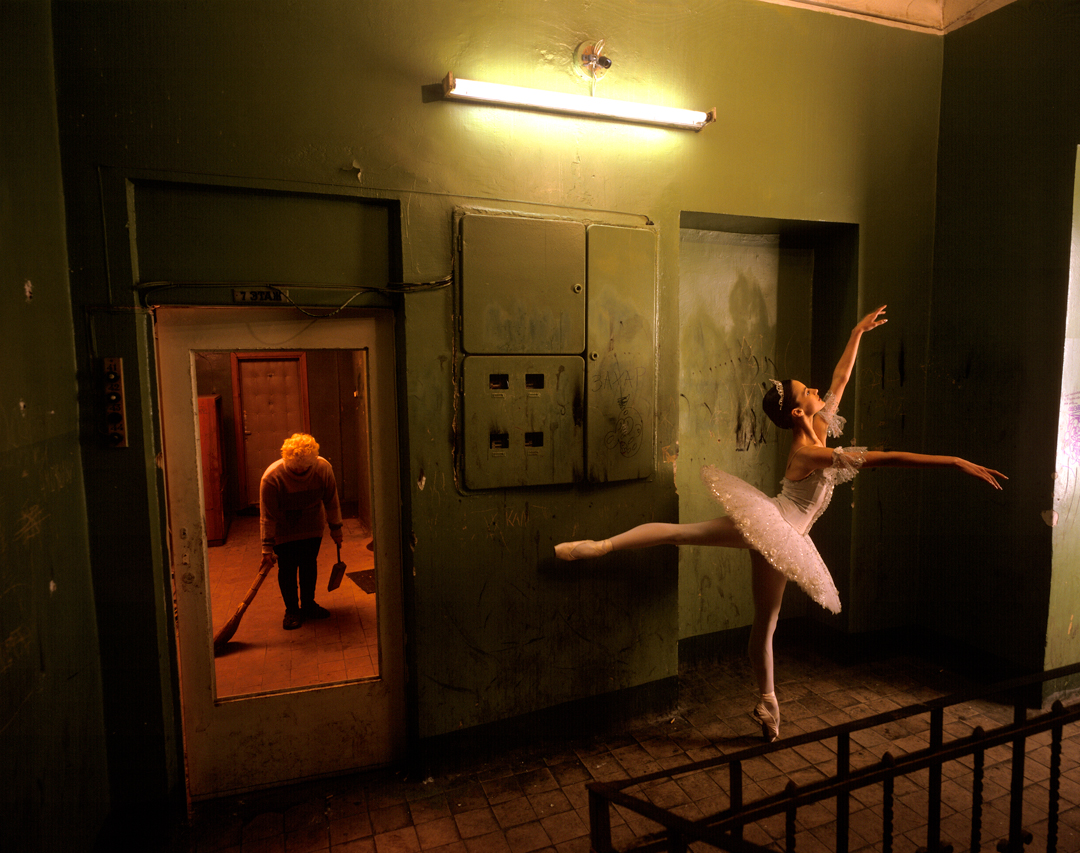 
Posted by Monroe Gallery of Photography at 10:42 AM No comments:

“Police militarization has been among the most consequential and unnoticed developments of our time, and it is now beginning to affect press freedom.”

“Police militarization has been among the most consequential and unnoticed developments of our time, and it is now beginning to affect press freedom.”


Police firing tear gas at a TV news camera crew, in Ferguson, Mo., which is a city in the United States of America


"A SWAT team. To take out cameras. In the United States of America. Because you know how dangerous it is when people start pointing those things around"


You have a right to record the police
The Militarization of U.S. Police: Finally Dragged Into the Light by the Horrors of Ferguson


NYPD sends memo telling officers they're allowed to be photographed


Ferguson or Iraq? Photos Unmask the Militarization of America's Police


"During the Obama administration, according to Pentagon data, police departments have received tens of thousands of machine guns; nearly 200,000 ammunition magazines; thousands of pieces of camouflage and night-vision equipment; and hundreds of silencers, armored cars and aircraft"


How the Post-Dispatch’s photo staff is covering Ferguson


Related:   FREEDOM OF THE PRESS?


"Is there too much press freedom? Ask 72 dead journalists"


Comprehensive investigation of threats to press freedoms under the Obama administration


Posted by Monroe Gallery of Photography at 7:16 AM No comments:

STEVE SCHAPIRO: "The Photo That Made Me"


TIME LightBox talks to Steve Schapiro as part of the series ‘The Photo That Made Me,’ in which photographers tell us about the one photograph they made that they believe jump-started their career, garnered them international attention, or simply sparked an interest in photography.


Related: Steve Schapiro: Once Upon Upon A Time In America exhibition continues through September 21, 2014
Posted by Monroe Gallery of Photography at 6:05 AM No comments: