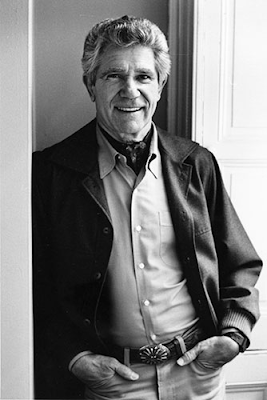 John Dominis via johndominis.us
It is with great sadness that we  have learned that LIFE photographer, John Dominis, passed away Sunday, Dec. 29, 2013 after a long illness. Obituaries and tributes below.

John Dominis was born June 27, 1921 in Los Angeles and attended the University of Southern California, where he majored in cinematography. However, he credits a teacher, C. A. Bach, from Fremont High that offered a three-year course in photography for his skills. Remembers Dominis, "He'd give assignments, ball you out, make you reshoot." Eight of the photographers that Bach trained later got staff jobs with LIFE magazine. From 1943 to 1947 Dominis served as a second lieutenant in the U. S. Air Force photographic department. After three years as a free-lance photographer, he became a member of the LIFE staff in 1950.

A consummate photojournalist, Dominis covered the Korean War for LIFE, and recorded the beginning of what became the Vietnam War. He photographed the firing of General Douglas MacArthur, and he covered John F. Kennedy’s emotional “I am a Berliner” speech. Dominis traveled the world constantly, and in 1966 he made two long trips to Africa to photograph the “big cats”: leopards, cheetahs, and lions for a remarkable series of picture essays in LIFE which later became the basis for a book. This project resulted in several awards for Dominis, including Magazine Photographer of the Year (1966).

Dominis also covered five Olympics, the Woodstock Festival, and represented both TIME and LIFE during President Richard Nixon’s 1972 trip to China. Many of the editors and photo-chiefs at LIFE considered Dominis to be the best all-around photographer on staff. After LIFE ceased regular publication, Dominis worked as photo editor for People and Sports Illustrated. Returning to freelance photography, Dominis shot the photographs for five Italian cookbooks, on location with Giuliano Bugialli, food writer and teacher.

“LIFE magazine was a great success. If a man hadn't seen a picture of a native in New Guinea, well, we brought him a picture of a native of New Guinea. We went into the homes of princes and Presidents and showed the public how they lived. The great thing about working with LIFE," says Dominis, "was that I was given all the support and money and time, whatever was required, to do almost any kind of work I wanted to do, anywhere in the world. It was like having a grant, a Guggenheim grant, but permanently."

In the spring of 1963, Steve McQueen was on the brink of superstardom, already popular from his big-screen breakout as one of The Magnificent Seven and just a couple months away from entering the Badass Hall of Fame with the release of The Great Escape. Intrigued by his dramatic backstory and his off-screen exploits — McQueen was a reformed delinquent who got his thrills racing cars and motorcycles — LIFE sent photographer John Dominis to California to hang out with the 33-year-old actor and see what he could get. Three weeks and more than 40 rolls of film later, Dominis had captured some astonishingly intimate and iconic images, photos impossible to imagine in today's restricted-access celebrity world.

Trailing Steve McQueen was Dominis' first Hollywood gig. "I liked the movies, but I didn't know who the stars were; I was not a movie buff," Dominis, now in his nineties, told LIFE.com. But he got the assignment because he and McQueen shared one vital passion point. "When I was living in Hong Kong I had a sports car and I raced it," Dominis says. "And I knew that Steve McQueen had a racing car. I rented one anticipating that we might do something with them. He was in a motorcycle race out in the desert, so I went out there in my car and met him, and I say, 'You wanna try my car?'" Later the two of them would zip around Los Angeles, including Sunset Boulevard (pictured). "We went pretty fast — I mean, as fast as you can safely go without getting arrested — and we'd ride and then stop and trade cars. He liked that, and I knew he liked it. I guess that was the first thing that softened him."

From early morning until late at night, Dominis followed McQueen through his action-packed days — camping with his buddies, racing his various vehicles, playing with his family, tooling around Hollywood. Even back then, Dominis says, he had to be mindful that his constant presence did not become irritating. "Movie stars, they weren't used to giving up a lot of time — in fact they didn't like to give up hardly ANY time," he says. "But I sort of relaxed in the beginning and didn't bother them every time they turned around, and they began to get used to me being there. If they were doing something, they would definitely just not notice me anymore."

LA Times: John Dominis, one of the great Life photographers was 92


Posted by Monroe Gallery of Photography at 2:11 PM