Carl Mydans and the Alley Dwellers of Washington, D.C., 1935 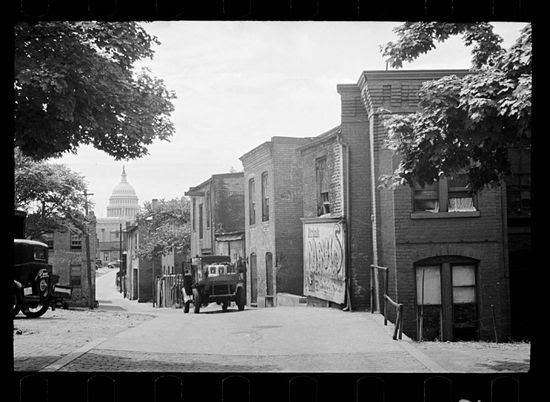 ﻿Carl Mydans: Slums near the Capitol, Washington, D.C. With the Capitol clearly in view, these houses exist under the most unsanitary conditions; outside privies, no inside water supply and overcrowded conditions. 1935

We just became aware of this excellent post on Washington's alleys and the people who lived in them in 1935, and are pleased to share it with you.


"My mother was still in high school, when Carl Mydans photographed her neighborhood -- Capitol Hill, in Washington, D.C. At the time, Mydans was attached to the federal government's Resettlement Administration [RA] and was there to investigate conditions in the city's slums. Talented and ambitious, he would soon leave the RA, join the staff of Life magazine, and go on to become one of the best known photojournalists of the twentieth century.

Mydans wasn't looking for families like my mother's. Although her parents had fallen on hard times, like so many other people during the Great Depression, they remained proud of their respectability and fiercely determined to see that their children attained the middle-class status that had been snatched out of their grasp. They believed that education and hard work were the keys to success, and, sure enough, they were just that for all of their children. But there was another reason for Mydans to ignore my mother's family. They lived on a street, not in an alley." 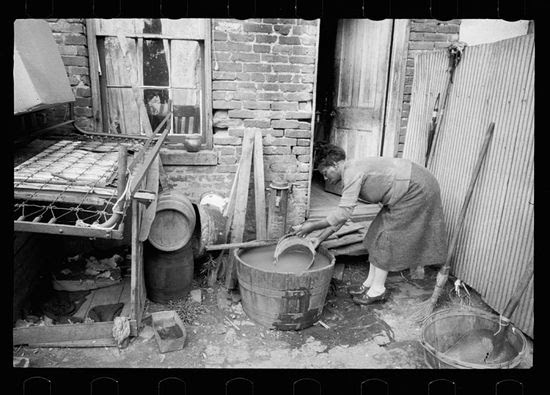