September 28, 1955 - Brooklyn Dodger Jackie Robinson takes off from third and steals home in one of the most dazzling feats of World Series history! Game One, The 1955 World Series, 8th inning, the Brooklyn Dodgers trailing the Yankees 6 to 4. 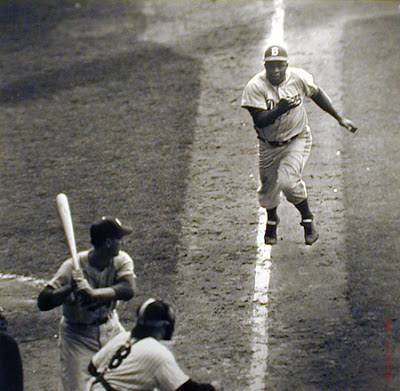 Grey Villet captured the scene with this series of three photographs: 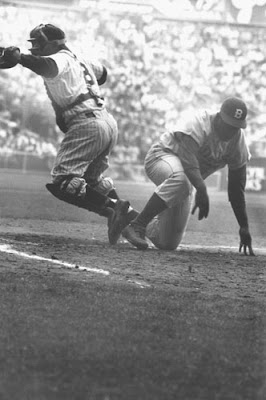 Brooklyn Dodger Jackie Robinson steals home base against NY Yankees in the 8th inning of the 1st game of the World Series at Yankee Stadium, September 28, 1955 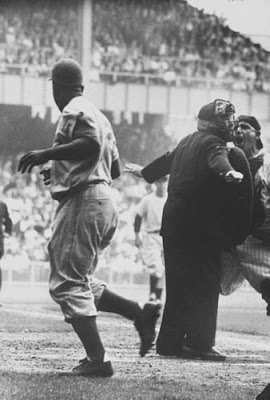 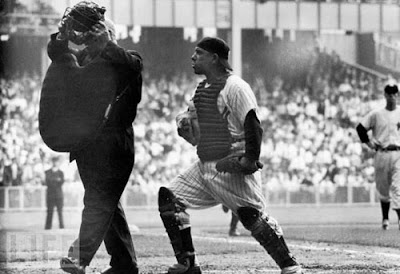 To this day, Yogi Berra will swear that he tagged Jackie Robinson before he touched home plate. The umpire saw it differently. You decide for yourself, but one thing is clear -- Robinson was one of the most exciting players in the history of the game. Watch it here.

The Dodgers won the Series! 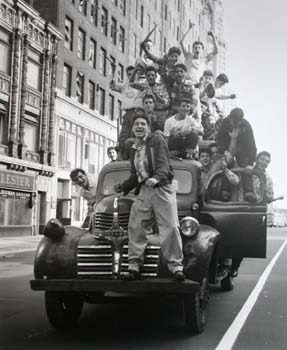