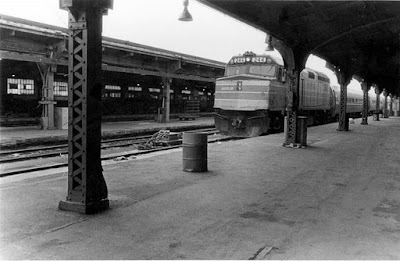 How can a building so glorious face such an uncertain future?


That question drew photographer Eric Smith to Detroit's Michigan Central Station, a 1913 Beaux-Arts landmark that closed in 1988 and now stands in a state of ruin. "A few years ago, I heard that artists were finding ways to secretly get into the station—a treacherous proposition, but one I couldn't resist," he says. "And the experience, once I got inside, was incredible. That main waiting room is enormous and, despite its current condition, still wonderful. I photographed the destruction caused by water and neglect—and vandals—and tried to capture the sheer drama of the interior." 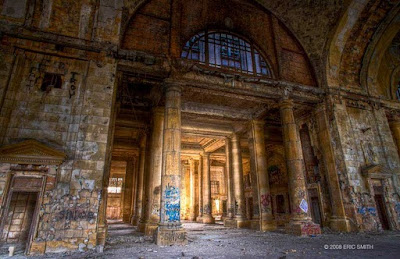 Smith employs a photographic technique called High Dynamic Range Imaging, or HDRI. "By shooting a series of exposures that are later processed with a computer program, I can reveal all the color, shadows, highlights, and depth that standard photography misses."

In the months since Smith captured these striking images, the graffiti-filled station has been secured and fenced to prevent trespassing. Phil Frame, director of communications for CenTra Inc., a diversified holding company that owns the station, says, "The site is dangerous, and we don't want anyone hurt. We're trying to keep it structurally very sound, and would prefer to save it if we can." 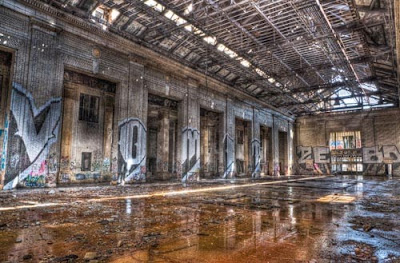 Proposals under consideration include adapting space for law enforcement or judicial offices, Frame says. "We also think it would make a great site for the Michigan State Police Crime Lab. We're studying feasibility, but no project has been lined up at this time."

Designed by Warren & Wetmore and Reed & Stem (the firms responsible for Grand Central Terminal in New York City), the depot complex includes an 18-story office tower and a three-story station.The cavernous 54-foot-high waiting room was inspired by the Roman baths of Caracalla.

"If it wasn't so beautiful it might have disappeared long ago," Frame says. "But it survived. It's absolutely unforgettable." 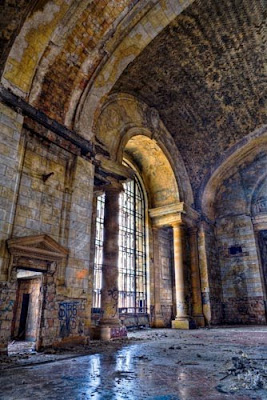