AUDREY HEPBURN WOULD HAVE TURNED 80 MAY 4 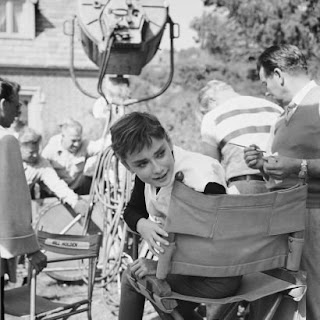 Iconic actress Audrey Hepburn, who charmed a generation of moviegoers with her unique style and grace, would have turned 80 this May 4. There are several events and film screenings scheduled world-wide to celebrate Audrey Hepburn's life.
Her family, friends, the Audrey Hepburn Children's Fund, and UNICEF will commemorate this occasion with the presentation of The Audrey Hepburn Humanitarian Award given in recognition to those who work to aid children throughout the world. This year's recipient is Irena Sendler, a former Polish Resistance Fighter who was responsible for saving 2,500 Jewish children during the WWII German occupation of Poland.
On May 3, the Audrey Hepburn Children's Fund will host a screening of "Taare Zameen Par" (Every Child is Special) in Berlin. Sean Hepburn Ferrer personally contacted the star Aamir Khan to invite him for a special screening of the film.
Monroe Gallery of Photography is featuring a major retrospective exhibition of photographs by Mark Shaw through June 29, including many images of Audrey Hepburn. Photographed on assignment for LIFE magazine in 1953 during the filming of Sabrina, the negatives were only found by the photographer's son David Shaw in 2006. Included in the exhibit are several rare vintage prints.
A new book of photographs of Audrey by Mark Shaw has just been published, "Charmed by Audrey", available in bookstores everywhere. There are numerous screenings of Audrey Hepburn's movies scheduled across the United States and abroad, check your local city listings.

Posted by Monroe Gallery of Photography at 11:34 AM